An Apology letter is written when a person wants to apologize to someone. The reason can be anything, and the letter basically states the reason for an apology and also promises the person not to be careless and behave in such a manner in the future.

Instead of asking for apology face to face or on call, writing a letter and asking for an apology is the best way. In a medical apology letter, the executive of the medical center usually apologizes to the relatives of a patient to whom they could not give proper treatment.

Use our free Medical Apology Letter to help you get started. Simply download the .doc or pdf file and customize it. If you need additional help or more examples check out some of the sample letters below.

I am _______________ (Your name and designation), and I sincerely apologize to you on behalf of the entire medical team of the hospital. As your mother was admitted to our hospital because she had to undergo a Brain Tumor operation and it was not successful which led to her sad demise. I undertake to explain to you that your mother was in the last stage of the tumor and she was 75 years old.

At this advanced stage of the disease and this age, the success rate of such an operation is quite low, and this was mentioned in our preoperative contract which you already signed. However, on your demand, our highly qualified doctors had taken a chance and operated on her. I truly respect your feelings for your mother and from the bottom of my heart apologize to you and your family. I will pray to God that your mother’s soul rests in peace. 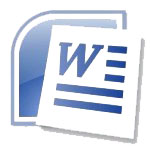 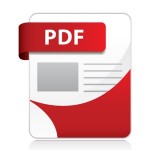 I, the senior management executive at XYZ hospital am writing this letter to apologize to you for not saving the patient in spite of giving treatment correctly and assuring you that everything will be fine. As the patient was severely injured when you brought him here also there was a huge blood loss. We too had hoped him to survive, but after all, everything happens according to the wish of the Almighty.

We had planned to do a surgery, but before they could try anything, everything was over. We once again apologize for not saving him. We tried our best, but unfortunately, it did not work out. I on behalf of our hospital apologize to you and your family for not saving your son. I deeply apologize and pray that his soul rests in peace.

Check out the email format below.

I Mr. Seth E. Bullock Chief Executive Officer of Wockard Hospital Pvt. Ltd sincerely apologizes to you on behalf of the entire medical team of the hospital. As your mother admitted to the hospital for one month because she had to undergo for a Brain Tumor operation and the operation was not successful. I take up a responsibility to explain to you the whole scenario that your mother was at the last of the tumor and her age was 75 years.

At this stage of age, there are fewer chances of living after the operation, and it was mentioned in our preoperative contract which is already signed by you. But still, on your demand, our highly qualified doctor’s had taken a chance and operated her. They had tried their best from their side, but please consider it as god’s wish. I truly respect your feelings for your mom and with the bottom of my heart, I apologise to you and your family. I will pray to god that your mother’s soul would leave in peace.